Paleontologist discovered the unparallel number of dinosaur’s footprints at Walmadany present in Australia’s Kimberley region. In this area, 21 cretaceous species of dinosaur was found.

Huge footprints of sauropod which is the herbivorous dinosaur

The giant footprint was of sauropod, which was a herbivorous dinosaur. The dinosaur had long neck nearly about 17 feet and 9 inches. The track, which measures nearly 1.7 meters, is larger than the earlier record holder which estimated nearly 1.4 meters. The footprints that were 140 to 127 million years old, varied in their sizes. The small footprints measured about 8 inches and the bigger one’s measured about 5 feet in length.

Remains found and diversity of dinosaurs

The remains that were found indicates the diversity of dinosaurs that were present during the Cretaceous period. During this period, the climate was warmer and had an abundance of sea reptiles, ammonites and dinosaurs which are now extinct. Towards the end of the cretaceous period, many animal and plant species have become extinct and were completely wiped out.

Areas where these extinct species were found

Among the footprints, six of them belonged to sauropods, four belonged to herbivorous ornithopods and remaining six belonged to the armored dinosaurs.

Steve Salisbury, a paleontologist from the University of Queensland noticed that Broome, a town present on the Western coast of Australia was dinosaurs hot spot.

Footprints will shed lights on these prehistoric species

Along with the discovery of these new footprints, the scientists were excited more in knowing about various characteristics that were prevalent in ancient times. Some of these features have depicted diversity, anatomy and evolution of these animals.

Earlier, some researchers have discovered the dinosaur’s bones to study the animal. But, the current research which focuses on footprints of creatures also reveals interesting details.

Steve Brusatte from the University of Edinburgh, said: “What fascinates is the diversity in size and variety of the footprints that was found there,”. “This also indicates that these regions of Australia were once the hotspot of many dinosaurs during the cretaceous period.” 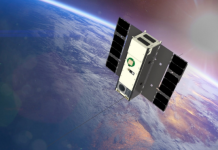