Similar to Facebook Lite and YouTube Go, Twitter is also unveiling it’s faster, smaller, data-hungry version of its mobile website which would be popularly called as Twitter Lite. It’s main target customers would be the one outside the US, UK and other nations that have fast wireless connectivity instead of targeting emerging markets those without 4G connectivity, slow and untrustworthy wireless networks.

The new feature called PWA (Progressive Web App) is more like a mobile website than a mobile app. This feature is available on Google Chrome on Android devices. One of the interesting features of Twitter Lite is that it can work offline. Hence, even if you lose your data connection you would still be able to use the app.

This new version would provide all the features of the Twitter app including timeline, tweets, profiles, notifications but it will consume very less memory space. This app will benefit new users from Asia, Latin America and Africa. Twitter says its Lite version will load the data much faster and would consume 40% less data than normal use and up to 70% less when the data-saving mode is turned on.

Unlike Facebook and YouTube, Twitter is a more professional app where more news is posted. This could be a source of information and breaking news for many people and obviously more user-friendly. Average users would find it difficult using the app, so they have to design their app in such a way that it is safer for them to use. You can access this app by going to the site mobile.twitter.com.

Twitter Lite is made available globally, so after using it you would find that it’s really user-friendly. Facebook and YouTube also had their streamlined versions earlier but in the case of Twitter, even if it is struggling late it would easily attract more users to its service. 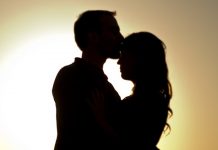