After a series of experiments, a team of scientists has grown beating human heart cells on spinach leaves. Current bio-engineering techniques, like 3-D printing, can’t build the complex, branching network of blood vessels that build up the heart tissue. However, a team of researchers from the Worcester Polytechnic Institute (WPI), Arkansas Sate University-Jonesboro and University of Wisconsin-Madison has successfully turned to plants.

According to the authors of the report which will be published online the journal, Biomaterials, in May details how animals and plants use very different approaches to transporting chemicals, fluids and other materials. However, due to similarities in vascular network structure, the authors were able to develop this technology which “opens the potential for a new branch of science” that examines those very similarities even further. The team grew beating heart tissue on spinach leaves that were stripped of plant cells in a process called decellularization. Researchers used a detergent, which is a water-based cleansing solution that binds with dirt and impurities to wash the cells away.

When the plant cells were gone, researchers were left with a framework made primarily of cellulose, the main chemical substance that forms the structure of plants. Cellulose has also been used in bone and cartilage engineering, as well as wound healing. In the experiments, the researchers were able to line the veins of spinach leaves with the same cells that line a human’s blood vessels. Following that, they were able to send tiny microbeads and fluids about the same size as human blood cells through the revamped veining. The authors say that these kinds of “proof-of-concept” studies open the door to using multiple spinach leaves to grow up layers of the healthy heart muscle to treat heart attack patients.

Other plants stripped of cells could provide the framework for a wide range of tissue engineering technologies. Glenn Gaudette, Ph.D., professor of biomedical engineering at WPI and corresponding author of the paper said, “We have a lot more work to do, but so far this is very promising.” We were not sure it would work, but it turned out to be replicable and pretty easy. It’s working in many other plants,” said the paper’s first author, Joshua Gerslak, a graduate student in Gaudette’s lab. Gerslak helped in designing and conducting the experiments and developed the process of decellularization.

The team was also able to successfully remove cells from parsley, peanut hairy roots and sweet wormwood. They expect that the technique will work with a variety of plant species and could even be adapted for specialized tissue building studies. 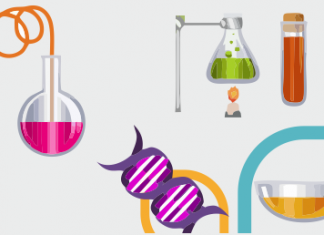 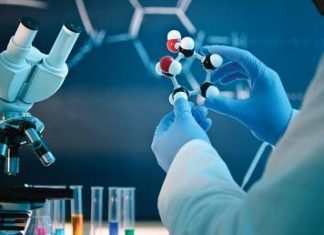