A researcher in China has warned that by the year 2030 as many as 30 million men in China will be single.

Yuan Xin, a professor at Nankai University and expert on family planning policy revealed to state-run media that the high gender bias in favour of males at birth is one of the reasons why more and more men will not find their partner.

He pointed out that poorly educated lower class men are far more likely to end up single and this is because males who only have a primary education or below increased to 15 per cent in 2010.

Experts in China are of the opinion that advances in the field of ultrasound technology in the 1980’s aided the traditional family preferences for a son. According to Yuan, the family planning policy that promoted late birth had a negative effect on increasing the desire for people to select the sex of their child.

This when coupled with new, cheap and safe sex determination and selection technologies, gave rise to greater preference for a male child.

China bans any testing for gender or selective abortion over gender preference.

Data released by the National Bureau of Statistics on January 20 shows that China’s male population reached more than 708 million at the end of 2016, while the number of females was more than 675 million.

China’s sixth national population census in 2010 showed that unmarried Chinese women above 30 years old accounted for 2.47 per cent of the female population - almost two times higher than the figure reported in the 2,000 census.
Yuan cautioned that recent trends of more well-educated Chinese women choosing to remain single will exacerbate the situation. 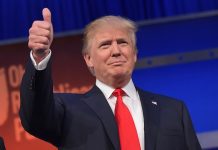