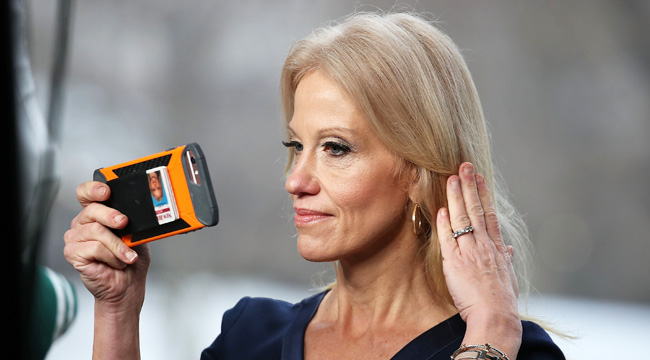 White House press secretary Sean Spicer doubled down on the media assault, using his first press conference in the White House briefing room to blast the journalists seated before him for "deliberately false reporting" on crowd size.

White House press Secretary Sean Spicer tells reporters "our intention is never to lie to you".

CNN's Jim Acosta questioned why Spicer made an issue out of the size of the crowd at Trump's inauguration and why Trump would bring it up during a meeting with Central Intelligence Agency personnel last week.

Watch the exchange below.

After touting a historic crowd, Conway blamed the inclement weather for discouraging more attendees: "First of all, there was rain - the downpour that was reported - and I think it deterred many people from coming".

Every president since 1976 has released the information, but Ms Conway said she does not believe Americans care whether Mr Trump follows suit.

NBCThe ongoing spat about the size of the audience at Donald Trump's inauguration, in itself a trivial issue, is significant because it highlights the new president's vanity, pettiness, lack of discipline, and casual disregard for the truth. He corrected one disputed statement from Saturday, defended another and expressed some frustration regarding how the new Trump administration feels about its news coverage.

"I'm sitting here trying to answer basic questions and you're trying to attack me with some weird Twitter feed you guys are obsessed with", Todd said.

She said: "There's no way to really quantify crowds".

"It was the total largest audience in person and around the globe".

Conway also suggested on Sunday that the American people want Trump to lower taxes, not to release his own tax returns.

The multiple Grammy Award victor also said that she would "blow up the White House" - a remark that has resulted in social media erupting at her use of words.

Spicer appeared eager to lay down the new law with the press, whom Trump criticized repeatedly on the campaign trail and even branded mainstream media outlets "fake news".

White House Chief of Staff Reince Priebus said there was "an obsession.to de-legitimise this president". "I walked back into the Oval Office, saw the MLK bust there, and what did the media say?"

But aerial photographs indicate a much smaller crowd, and ridership on the Washington D.C. subway system was down from President Obama's second inauguration in 2013.

In fact, Politico reports that Spicer lied at least four times in as many minutes on Saturday. "And you know full well that President Trump and his family are complying with all the ethical rules, everything they need to do to step away from his businesses and be a full-time president".

Seriously? Is this what the first White House briefing of the Trump administration was all about? I think it's just unbelievably frustrating when you're continually told it's not big enough, it's not good enough, you can't win...

Apple releases yet another iOS update
Once backed up, update your software by going to Settings, General, Software Update and set the device to update . Apple today started rolling out iOS 10.2.1, a point release for the iOS 10 mobile operating system.

Photos of the Women's Marches Around the World
Early projections say that twice as many people showed up to protest Trump at Saturday's Women's March on Washington . In Trenton , 6,000 people gathered at the War Memorial and 3,500 marched the streets of Asbury Park to the boardwalk.