You are here: Home > Trump tells USA automakers he will ease 'out of control' environmental restraints
January 25, 2017 in Markets 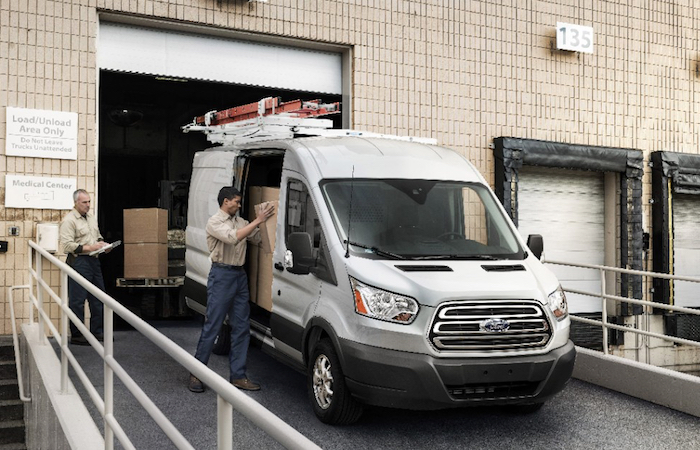 President Trump tells Detroit Three CEOs today he wants new assembly sites built in the US and suggests eased regulations and corporate tax reforms could make up for the cost savings they now get by building more cheaply elsewhere, such as Mexico.

President Trump touted his tax-cutting and regulation-reducing agenda Tuesday in a meeting with some of his favorite targets: USA auto makers.

Trump said in remarks Monday that companies can move from state to state but if they close down in the USA and move their manufacturing overseas, they will pay a significant border tax to bring those products back the U.S.

The news has been greeted with a range of reactions, with some warning that Trump could be heading down a risky path, but the executives in the room offered positive reactions following their meeting - a sign that leaders of American industry are, at least for the time being, looking to work with the new administration.

Trump threatened automotive companies that build overseas with a 35% tariff on goods imported to the USA for sale. "We're going to make the process much more simple for the oil companies and everybody else that wants to do business in the United States". "And I am, to a large extent, an environmentalist, (but) it's out of control".

General Motors CEO, Mary Barra, (L), and Fiat Chrysler CEO, Sergio Marchionne (C), speak to the media after attending a breakfast with U.S. President Donald Trump, at the White House, on January 24, 2017 in Washington, DC. Reports indicate that the focus of the meeting was to ensure the automobile giants that tax cuts and deregulations would be hallmarks of the Trump administration.

"The concept of global warming was created by and for the Chinese in order to make USA manufacturing non-competitive", Trump tweeted out. Ford has a plant in Kentucky that makes the Lincoln MKC SUV and Ford Escape and reportedly was looking to move production for the Lincoln model, though the company scrapped the plan.

US and foreign automakers have been touting plans to boost American jobs and investments in the face of Trump's comments.

He has threatened to apply hefty tariffs on USA companies that move their operations overseas and import their products back here.

If there's one thing Trump is likely to take seriously during his presidency, it's United States manufacturing jobs.

The auto executives raised the issue of fuel efficiency rules, trade policy and other regulatory issues, a person briefed on the meeting said. He said "we look forward to working with Trump and members of Congress to strengthen the American manufacturing industry".

Industry leaders contend that complying with increasingly stringent fuel economy standards increases the cost of making cars, which must then be passed on to buyers or compensated for with job cuts.

The meeting was described as a "listening session" with CEOs representing a wide array of businesses, including Tesla Motors and SpaceX CEO Elon Musk.

GM confirmed it will invest $1 billion in the U.S.as part of a previously disclosed plan, which includes moving parts production out of Mexico to MI.

After making a lot of news Monday with his executive orders, Trump is expected to sign another one at 11 a.m. Matthew DeBord, transportation editor for Business Insider, wrote that the automakers could bring about "disaster" if they follow Trump's lead.